Happy new year everyone! We are very busy here putting nodes and beams together, but now for a little update:

We are spending quite some time to tune and fix the physics, so we wrote some handy debug mode that helps modders to see whats going on under the hood for their creation. So that’s how it looks like atm:

This is the current screen layout for the debug modes, it is completely scripted in lua and one can add more features very easily. This is debug mode 1 which shows the node/beam skeleton plus some more info. There are more debug modes currently (subject to change): 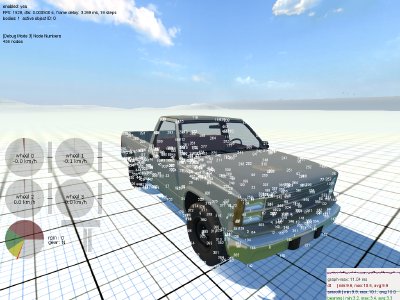 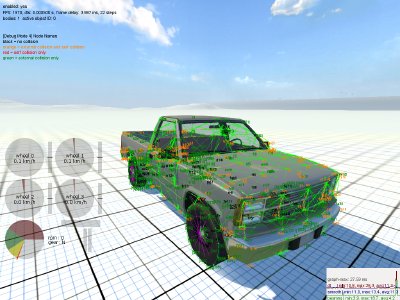 4: node names plus the collision properties 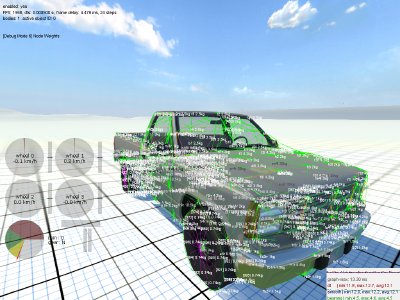 6: node weights: very nice to debug the weight distribution, will add a CoG later on in this one. 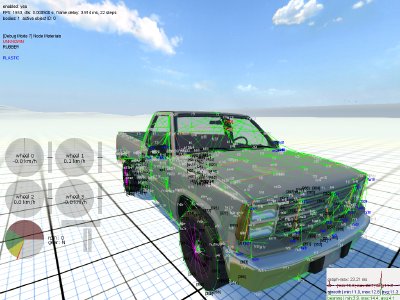 7: node materials display: shows the materials that the node uses for effects