Post Fx in games is an interesting subject; it seems people are split between loving and hating it. On the one hand you’ve got the “graphics don’t matter” crowd who seem to despise bloom and blur and all the rest, while another group loves the shiny.

Recently I’ve been creating the post fx for our drivey-crash game-thing and I discovered one of the big draws for using post-fx; it’s free cool. You pay very little in performance but get heaps of cool visuals back out. When your game is already at the limit in terms of graphics and detail there’s nowhere else to go, but with post-fx you can push it a little bit further without worrying about FPS. This is probably especially true for consoles which lack the power of modern GPUs.

Of course blur, bloom, HDR, light rays, all hide mistakes, low resolution textures and simple geometry as well; post-fx is the video-game equivalent of the night scene with rain in films.

To demonstrate I’ll take an ordinary shot of the inside of a warehouse which looks alright but not special using no post: 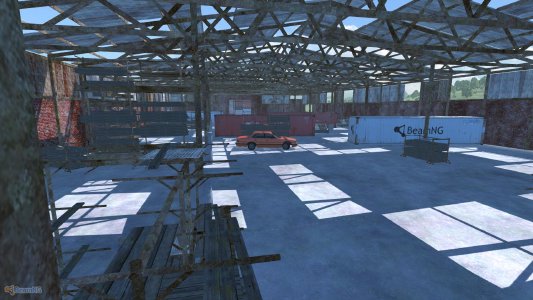 And then drown it in post-fx: 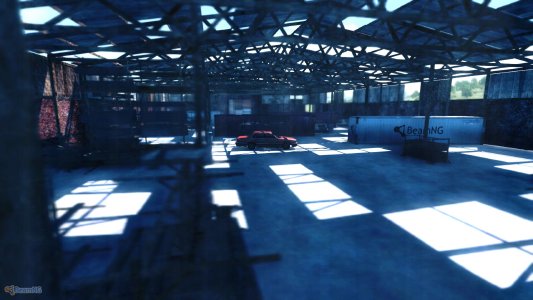 It’s an extreme example; it looks pretty ridiculous and it’s difficult to see where you’re actually driving, but it sure does look cool.

Effects can also be used to draw attention to areas as well though, like in the following shot the depth of field makes us look to the open area between the building we’re in and the background warehouses. A slight softness with depth of field or motion blur can also help draw you in and increase the immersion. Real life doesn’t have sharp geometry and perfect focus. 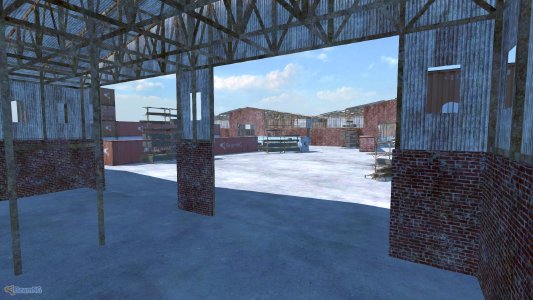 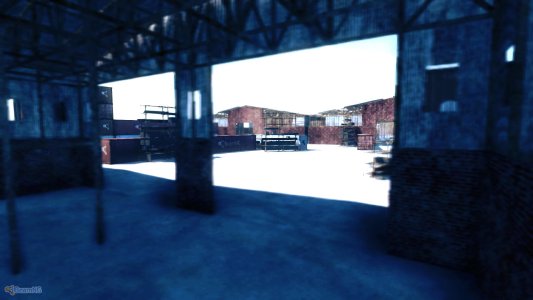 Free cool is my guess as to why post-fx are so prevalent in modern games. Creating a realistic environment in a game is much more difficult than making a cool environment.

Don’t worry though, I’m aiming for “eye realism” for the main look of the game, here’s a shot of how things look at the moment: 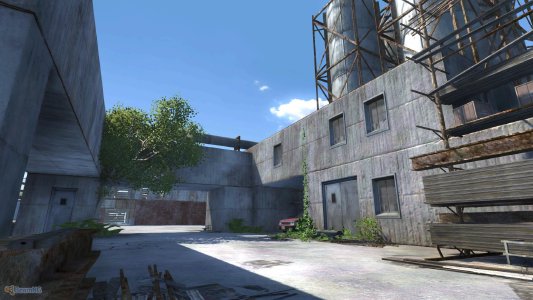